History of the Great Barrier Reef

History of the Great Barrier Reef
The evolution of Australia's great natural wonder.

The history of the Great Barrier Reef is a long and diverse one, where many generations of coral have built a habitat that eventually was discovered and then later settled by humans.

How was the Great Barrier Reef formed?

The Great Barrier Reef is an extremely ancient, enormous host of living things, composed of living coral growing on dead coral dating back perhaps as much as twenty million years.

Many generations of dead coral have built themselves into great walls of stone covered in a diverse range of living organisms such as coral, algae, anemones, sponges, fish, worms, starfish, turtles, molluscs, snakes, crustaceans, and an extraordinary array of thousands of species of plants and animals. 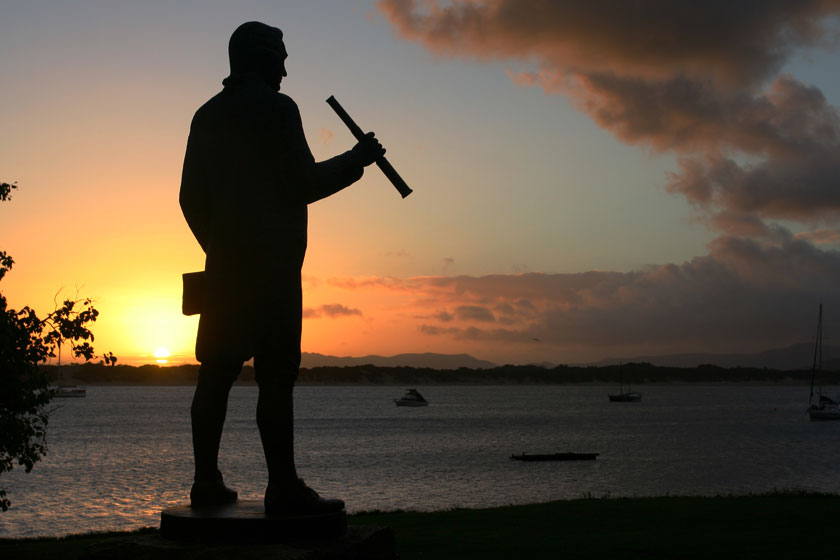 Although there is no direct physical evidence, first human contact with the reef must’ve occurred for some time. We know that Aboriginal people occupied great parts of the Australian continent for around 40,000 years. Aboriginal and Torres Strait Islander peoples have fished and hunted its waters and navigated between the islands of the reef region.

For large parts of that time, during periods of glacial activity, the area of the Great Barrier Reef was dry with large flat coastal plains. This area is at a depth of less than one hundred metres below sea level today. See more Great Barrier Reef facts.

More information is available about the activities of early Europeans who came into contact with the eastern coast of Australia. Almost from the first, there are written descriptions of the Great Barrier Reef by those who saw it. North Queensland was probably the first part of the continent seen by Europeans, but one of the last to be settled.

It is now widely believed that the east coast of Australia was first sighted around 1522 by a Portuguese expedition, probably led by Cristovao de Mendonca. Willem Jansz in the Duyfken in about March 1606 charted the west coast of Cape York Peninsula, starting forty years of maritime exploration in Australian waters by the Dutch. Later Luis de Torres sighted the islands of Torres Strait while sailing from east to west along the southern coast of Papua.

The earliest documentary evidence of Europeans sighting the Great Barrier Reef was French. Commanding the ships La Boudeuse and L’Etoile On 6 June 1768, Louis de Bougainville approached Australia from the east, encountering Bougainville Reef near Cooktown. Confronted by rough surf in the open ocean, and short of food, Bougainville turned north toward Asia along the north coast of New Guinea, missing Australia.

However on 11 June, Cook’s party became intimately acquainted with it when they struck Endeavour Reef, north of Cape Tribulation, and were forced to spend six weeks repairing the ship on shore at the site of modern Cooktown.

Due to this unexpected predicament, Cook and his scientists, the botanists Joseph Banks and Daniel Solander and a staff of four illustrators, were able to carry out very little direct scientific observation of the Reef but as a result of Cook’s voyage, the international scientific community knew that the Reef existed, and that it was of very great extent.

After all repairs were done, Cook decided to try for the open sea, but could not find a way through the natural barrier. He sailed north to Lizard Island. Landing on the island, he and his botanist, Joseph Banks, climbed to its highest point and were able to see a break in the reef large enough to permit the passage of the Endeavour. This is known as Cook’s Passage.

William Bligh was the next navigator in Australia’s early history to chart the Reef in the Providence. In the course of this voyage from Tahiti to the West Indies he spent two weeks of September 1792 charting passages through Torres Strait.

After the establishment of the penal colony of Sydney in 1788, finding a reliable route west through the straits to the Arafura Sea and establishing communication with Asia depended on the inner passage west of the Reef.

In 1793 further surveys of the Torres Strait section of the Reef were undertaken by captains Bampton and Alt in the ships Hormuzeer and Chesterfield. The next few decades ushered in a period of surveying in northern Australian waters, usually by small naval vessels. The aim of these surveys was to improve navigational charts for Admiralty use, investigate natural resources for future economic exploitation, and to answer questions of scientific curiosity.

Between 1801 and 1803, Matthew Flinders undertook the monumental task of surveying the entire Australian coastline and at one point actually walked on what he named the ‘Extensive Barrier Reefs’. It was Flinders who charted a safe passage through by sending small boats ahead to sound the depths. This passage is still known as Flinder’s Passage.

Hydrographer Philip Parker King, commanding the Mermaid in 1819 and the Bathurst in 1820, carried on the methodical task of accurately charting much of the northern Reef in detail for the first time.

Today studies are carried out at a much closer level, examining the make up of the reef, what species there are, how they live and interact, whether they are resilient or vulnerable to change.

However, there is still evidence of an earlier period of discovery evident on the Great Barrier Reef, with around 30 shipwreck sites of historic importance known to exist.