Charters Towers
A suprising pleasure and a delight to visit. 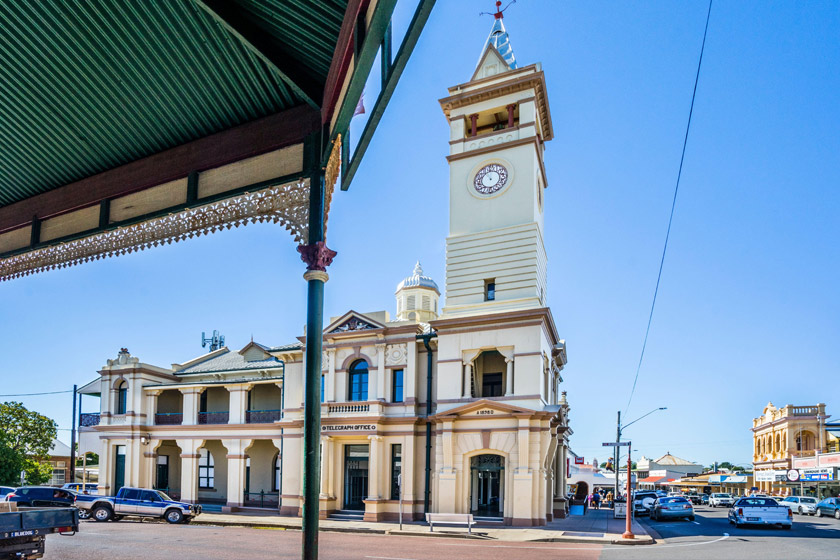 Located 130 km south-west of Townsville and just over 1300 kms north of Brisbane, Charters Towers became a gold rush town when gold was discovered in December 1871. During the 1880s and 1890s the town grew and prospered. It was a sign of the extent of local business activity that one of Australia’s few regional stock exchanges was established at Charters Towers in 1890.

Today, Charters Towers is known for its large number of elegant and historically significant buildings most of which are located on Mosman and Gill Streets. In this area and in the surrounding streets there are over 60 buildings of historical significance.

Things to do in Charters Towers

Wandering around Charters Towers and looking for something to do? The good news is that there is a lot of things to do, all within walking distance.

See the mining and historical museum to discover how they’ve reconstructed the courthouse and police station. There’s also a family-tracing service as well, entry is just a couple of dollars for adults, open 11am to 1pm.

Originally the World Theatre was the Australian Bank of Commerce building (built in 1891) at 82 Mosman St. These days it houses a cinema, theatre and a gift shop. 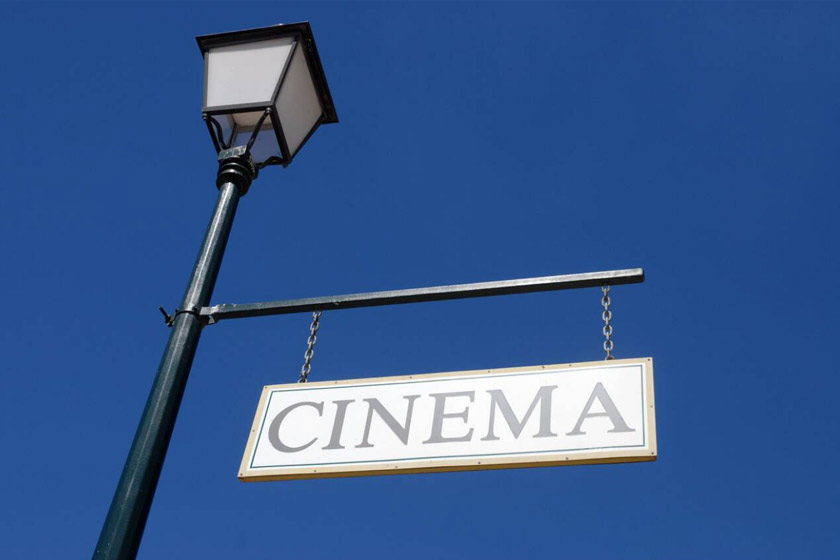 The Charters Towers Folk Museum at 36 Mosman St, houses a collection of the town’s antiques. Entry is $5 per adult, $3 per child. Open from 10am to 3pm.

The Venus Gold Battery (pictured below) on Millchester Rd is the oldest preserved battery in Australia, having stopped crushing gold in 1973. Imagination rules during the tour thanks to holograms on a water screen. Entry costs $12 for adults, $6 for kids. Open 10am to 3pm. 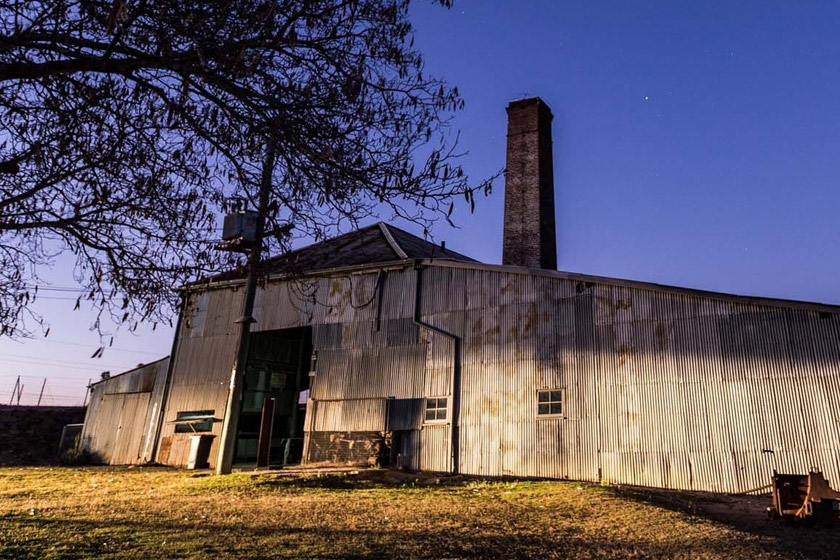 John Flynn Place on the corner of Daintree Street and King Street commemorates John Flynn’s work in setting up the invaluable Royal Flying Doctor Service. The building incorporates an art gallery, cultural centre and theatre. Entry is $8.50 for adults, $4 for children. Open hours are 8am to 4.30pm Monday to Friday, 9am to 3pm Saturday and Sunday throughout April to October.

6. Towers Hill and the Lookout

The impressive Towers Hill Lookout, which rises roughly 125 metres above the plain, is located on the top of Towers Hill, the highest point in town. Walking around this hill offers views of rock wallabies. The hill has a rich history and a variety of attractions today.

Gold was initially discovered in January 1872 at the foot of the hill. Look closely and you’ll notice the ruins of Clarke’s mine and battery, the Rainbow Mill ruins, the Pyrites Works ruins, more than 30 World War II munitions storage dumps, and vestiges of telegraph wires from the 1950s if you’re patient enough. Around 30 tunnels and shafts were dug into the hill to extract gold ore.

The Rotary Lookout, also called Buckland’s Hill, is a popular local viewpoint that can be found off Fraser Street. It provides a bird’s eye perspective of the town. Sir Thomas Buckland (1849-1947), the first gold assayer in Charters Towers and a man who later became a gold mill owner, manager, pastoralist, and philanthropist, is the inspiration behind the name of Buckland’s Hill.

Charters Towers, perfect for a romantic getaway, weekend escape or family vacation. There are a range of accommodations to suit all budgets and needs. If you’re looking for a motel near town, you’ll be spoilt for choice with a wide range of options to choose from. 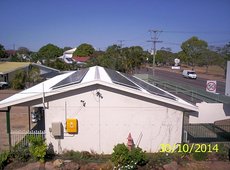 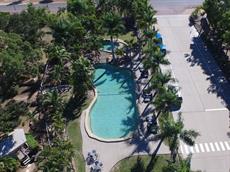 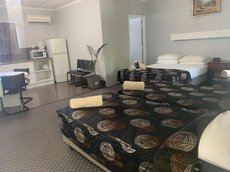 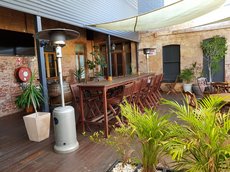 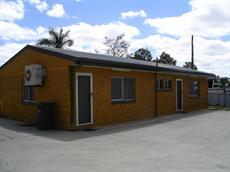 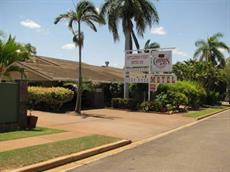 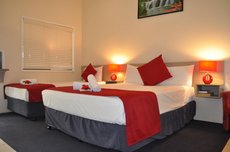 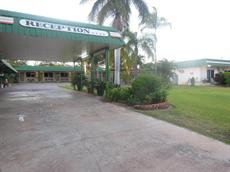 Caravan and Holiday Parks are a great option for families, with rooms that sleep up to 6 people, and afcilities like onsite swimming pools and plenty of green space for the kids to run around.

One of the most popular caravan parks in the area is the BIG4 Aussie Outback Oasis Holiday Park, which is conveniently located just 3 kilometres from the town centre. 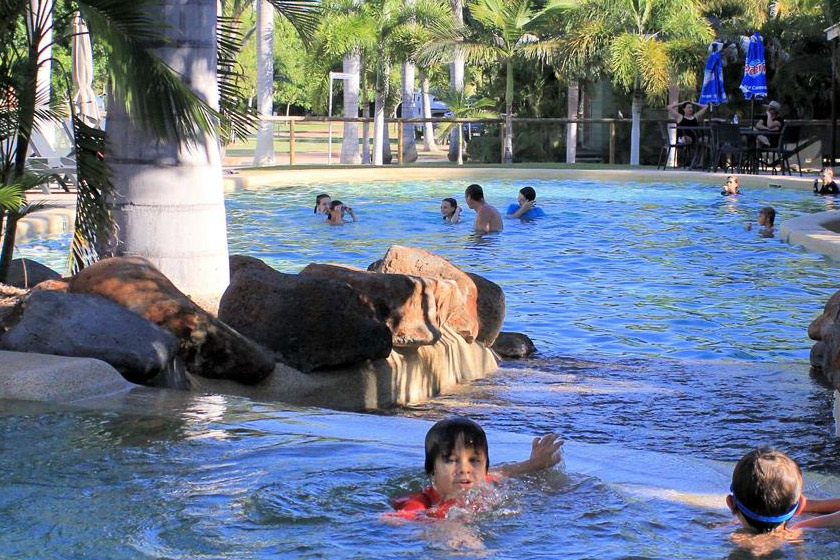 Choose from cabins, chalets or villas as well as caravan and camping sites. The amenities at this holiday park are modern, spacious and maintained to a high standard.

There are three holiday parks in Charters Towers within close distance to everything.

A comfortable holiday park in Charters Towers with a kids playground and pool.